In an exhilarating display of unity and brotherhood, thousands of Israelis, including Jews, Arabs and Christians, gathered in Haifa to sing together in harmony on 14th February 2018. A group called Koolulam organized the event at which 3,000 people who had never before met, learned to sing “One Day” by Matisyahu in English, Hebrew and Arabic in one hour. The event is part of an effort to create more unity and cultivate a feeling of togetherness by sharing “communal experience 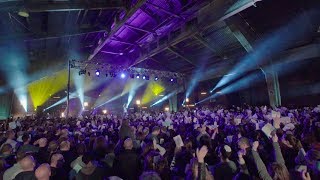 Neil Postman, a highly respected educationalist in USA, now deceased, expressed his concern over the decrease of literacy with the rise of TV and imagery of social media. This video link will provide you with his perceptive insights and reasoned arguments, which for me, are from a balanced perspective. https://youtu.be/VWNHLKW7n5c It appears his predictions are being realised and that’s a concern for us all when you consider the consequences he expounds. What do you think? In

HOW GOOD IS THIS?

The 2018 vintage of chambourcin should be a bottler! Today’s picking at Berry included all the usual highlights – a beautiful sunrise, Gregorian chants echoing through the valley, interesting conversations, magnificent country cooking and of course, great wine. A memorable community event I look forward to each year.

WHO IS TOM SEGEV?

Tom Segev is an Israeli historian, author and journalist. He’s associated with Israel's New Historians, a group challenging many of the country's traditional narratives. His book, ‘One Palestine, Complete’ is a fascinating compilation of his research of the three decades of the British Mandate in Palestine. Segev has accessed personal diaries of key figures and original documents detailing the tense and vicious triangle perpetuated between, Arabs, Jews and the British. The de

A favourite love story from my current reading – ‘One Palestine, Complete’ by Tom Segev, took place in the second decade of British rule in Palestine. The restrictions of Jews entering Palestine were unchanged from the beginning of the mandate. Jewish creativity often found ways around British law, including fictitious marriages. A man went up to a Jewish taxi driver at Haifa port and asked if he was available. The driver answered in the affirmative and started his engine. “N

You are invited to the launch of Out of Latvia Tuesday 3pm, 3rd July, 2018 Riga Central Library, Latvia Book your flights now!

DO YOU KNOW THIS PLACE?

If you said Gerroa, you’re spot on - home of “Chips” and “Backdoor”, two popular surfing locations for surfers including Sally Fitzgibbons. Jane Campion wrote the movie script for ‘The Piano’ in this sleepy little town. Seven Mile Beach provided Charles Kingsford-Smith with a sandy runway for the first commercial flight to New Zealand from Australia in 1933. School fish entertain anglers in the summer months and the beach is the source of relaxation and fun for locals and hol

TILL WE HAVE BUILT JERUSALEM - REVIEW

WHAT THEY DIDN'T BURN - A REVIEW

THE GIRL FROM OSLO

OUT OF THE SUNSET'S RED

IMPORTANT QUESTIONS FOR YOUR LOCAL MEMBER