I received this challenge from the Australian Writer’s Centre. Can you identify the curious thing that the following five questions all have in common? I’ll give you the answer tomorrow. Never odd or even? Was it a car or a cat I saw? Borrow or rob? A nut for a jar of tuna? Eva, can I see bees in a cave?

My tears revealed again the deep sadness I always feel when I enter a Holocaust museum and see the evidence of the estimated 1.5 million children, mostly Jewish, who were executed or died due to the evils of Nazi Germany. To commemorate the 75th anniversary of the liberation of Auschwitz, my wife, Chris, and I revisited the Jewish Holocaust Museum in Sydney. It was the constant drops of water from the ceiling into a bowl, one every second, representing the tears of the murder

OLD BOTANY BAY by Dame Mary Gilmore I’m old Botany Bay; stiff in the joints, little to say. I am he who paved the way, that you might walk At your ease today; I was the conscript sent to hell to make in the desert the living well; I bore the heat, I blazed the track- furrowed and bloody upon my back. I split the rock; I felled the tree; the nation was- because of me! Old Botany Bay taking the sun from day to day … shame on the mouth that would deny the knotted hands that set

ONE OF MY FAVOURITE QUOTES FROM FRANCIS BACON

INDIVIDUALLY WE ARE A DROP. TOGETHER WE ARE AN OCEAN.

Again Australians have rallied in the face of disaster to meet the ravages of bushfires with selfless teamwork - the Spirit of Australia. The video says it all ... 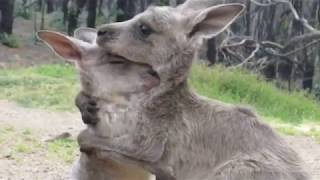 TILL WE HAVE BUILT JERUSALEM - REVIEW

WHAT THEY DIDN'T BURN - A REVIEW

THE GIRL FROM OSLO

OUT OF THE SUNSET'S RED

IMPORTANT QUESTIONS FOR YOUR LOCAL MEMBER